It happens to the best of us. Even the most well thought out travel plans can change for any number of reasons, resulting in some of the world’s most frustrating “patience exercises”. Well, it doesn’t have to be the end of the world; as long as you stay in the right frame of mind and keep a few of these “What to do when my travel gets messed up” options in your back pocket.

Recently, a friend of mine was traveling from Aruba to Philadelphia and shortly before landing, the pilot announced that (due to weather on the East Coast) they would be diverting to Miami. I don’t think we need to insert a map here to show that Miami is nowhere near Philadelphia. It was apparent to my friend, that with the number of flight delays, cancellations, and reroutes, simply jumping on another flight just wasn’t going to be in the cards. Those fears were soon confirmed as the plane sat on the tarmac. My friend overhead pieces of agitated phone calls happening left and right with the person hanging up and stating, “the hotels are all full!” Not looking good. Once the passengers finally deplaned, they headed towards the (singular) gate that they were instructed to seek help at, and there were hundreds of people in line. Mass Chaos. Now is probably a good time to state that Miami airport would be one of my last choices to be stuck at. I have had some of the most bizarre experiences at Miami Airport from just about every department.

So, what do you do late in the evening when it feels like you won’t get a flight or hotel or even an open spec of filthy floor space to sleep on in the airport?
Get the flight arrangements squared away first. Then, if you realize that you have a better chance of sleeping next to a drooling stranger on the floor of the airport than in your own bed (or your booked hotel plans), take care of lining up a hotel.

What Options Do I Have to Get My Itinerary Fixed?

Prerequisite: Try not to get angry. Haha funny, I know. While this seems impossible, I assure you that anger will not make the line move any faster (I’ve tried this many times in the past with no luck), nor will it have anyone feeling sorry for you. Here are some alternatives to raging out at those around you, in no particular order.

Option 1: Open the app of your airline carrier on your phone and see if it suggested a new flight for you. I would be crossing this option off before landing back in Miami. You can get the cell service to work before you land on the runway, but you just have to be low enough, and sneaky so no one sees you doing it (should I be typing this?). I’ve had luck with this option before where I was sitting on my extremely delayed flight waiting for it to take off, knowing dang well that my connecting flight was already a lost cause. I opened the app and low and behold it had moved me to the next flight and all I had to do was confirm the change via the touch of a button. In this scenario, I did not need a hotel, but if I did, I would also utilize my phone (via websites or calling somewhere) to snag something.

Option 2: Once you land and tried Option 1 with no luck, look for another airline carrier desk (other than the one that hundreds of people are standing at). I can assure you that each person behind the counter at the gates has the same power of changing flights as the airline employee who is greatly hating life dealing with hundreds of cranky passengers. While it isn’t a guarantee that they will help, it is definitely worth wandering over to another counter and asking. Just keep in mind that they may insist that you wait in line with everyone else. This is where you tell them that sympathetic story/excuse that you’ve been thinking up (other than not wanting to wait in line with everyone else)..

Note here that if the airline is at fault for you missing your connection, they will get you to your final destination on an alternate flight – no questions asked. Airlines also have contracts with certain hotels that they pay to have you stay in if they cannot get you on a flight until the next day. They will even offer transportation vouchers sometimes (but you can always uber or taxi). If they say nothing about this, inquire. This also pertains to Option 3 (below).

Option 3: When deplaning and you realize that hundreds of people are headed for a single desk and you can already picture in your mind how that’s going to play out, look around for an airline lounge. Delta Sky Lounge, American Airlines Admirals Club, etc. Whichever airline you are flying. If you spot one nearby, it could be worth the ~$60 for a one day pass (in my opinion). They will help you with rescheduling your flight and you’ll also be able to get some snacks and beverages. The trick here is that if your flight is American Airlines (for instance), you need to be in the corresponding lounge (Admirals Lounge) for the staff to be able to help you with your flight. Once they secure your flight for you, they can also help you book a hotel room if necessary.

Option 4: Wait in the endless line of hundreds of people but while in line, get on the phone and contact your airline directly. This option was the winner for my friend, as she got right through to a live person via calling American Airlines and they were able to get her on a flight the next morning! Score. She admitted that she had felt extremely anxious as she had no idea where to begin with changing any travel arrangements. She forced herself to stay calm.

Where to Get Your Checked Bag(s)?

Most likely, you have long missed your chance to grab your checked bags off of the carousel and they have since moved it along with the hundreds of other bags (of the people still waiting in the line at the single desk) to general open floor space. Ask around as to where they hold bags coming from (insert origin of flight city here). If your bag is well marked with tags or a ribbon that you can easily identify, this shouldn’t actually take as long as it sounds. A saint of a maintenance worker helped my friend quickly locate her bag and took her to one of the “other” ticketing desks (mentioned earlier) so that they could help her line up a hotel for the evening. The American Airlines employee spent upwards of forty minutes on the phone trying to locate her a nearby hotel with availability. When they finally found one, it happened to be some ~20 miles outside of the city, but she had a place to sleep. With all of this going on, she was in and out of Miami airport in about 2 hours. Not too bad, considering the mess.

Similarly, I have had some major “nightmares” regarding major rerouting. One of the times (that ended on a positive note) was coming from Venice back into the States. The entire country’s labor force decided to schedule a strike and as a result, almost all of the outgoing flights were canceled. After waiting 10 extra hours at the airport, we were able to get on a flight to Zurich, Switzerland. From there, they put us on a bus to a hotel 1.5 hours away. The next morning, the bus picked us up and took us back to the airport for our flight back home. Aside from the fact that we had been up for about 24 hours and were beginning to feel a bit delirious, it was indeed cool to side trip. The hotel was on a farm in Zurich and had a breakfast spread worthy of a travel magazine cover! Bonus: That 1.5-hour bus ride back to the airport the next day allowed us to get some views of the Swiss Alps.

Back to Miami, my friend admitted that when she arrived back at the Miami airport the next day, she recognized many of the people there from her flight and noticed that they had definitely slept at the airport. She is so thankful that she didn’t have to!

I hope that someone can find these options helpful and I would love to learn any more tips and tricks out there for these scenarios. Post them in the comments! 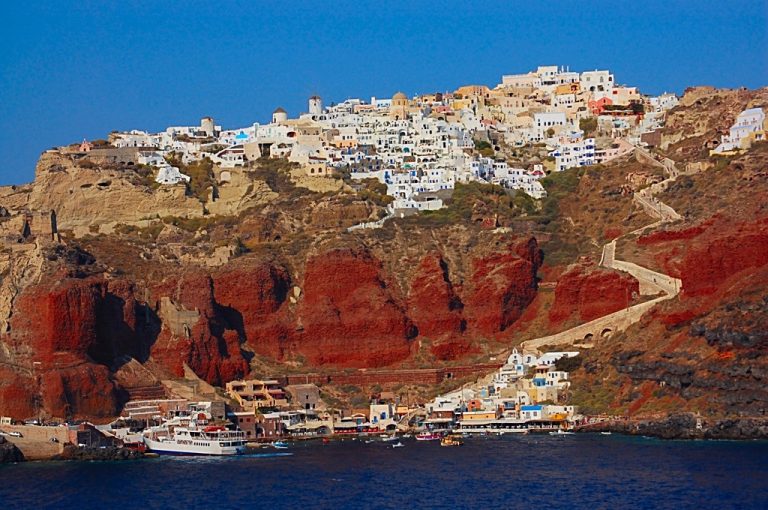