Easily, one of the top BEST things I have ever seen in my life, was going Blue Whale watching off of Newport Beach, California in August of 2013. It was such a spiritual and emotional experience. And the best part, I got to share in that moment with my husband and my mom. No picture can truly describe how cool this was. 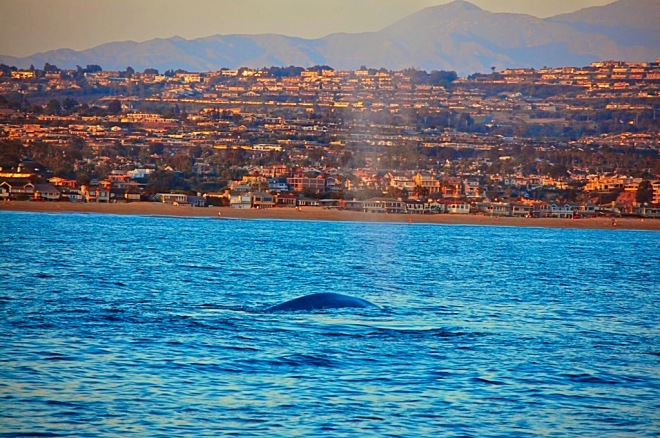 The Blue Whale is the largest mammal on earth.

I had gone out on the same boat ride on a prior trip with my best friend, hoping to see some whales. No whales that time; so I wanted to give it a second shot. We purchased tickets through Davey’s Locker, boarded the boat, and headed out. The Whales were EVERYWHERE! The type of whale you will see depends on the season and what they are doing (feeding, migrating, etc.). The Blue Whales we saw were feeding in the area. There wasn’t a bad seat in the house, per say. Everywhere we turned, you could see one spouting in the distance. Some of the whales we saw were 90 feet long. Just to put that in to perspective–90 feet is the distance from home plate to first base, or the approximate length of an NBA basketball court.
The spout mist formed a rainbow and sometimes, if the Whale was close enough, you’d get hit with a light mist. When one would come up out of the water, the entire boat would cheer “TAIL-TAIL-TAIL” in hopes to catch a glimpse of its tail as it dove back under the surface of the water. When the Whale didn’t want to bring its tail out of the water, a big “Boooo” formed.. But, when it did, you’d have thought your home team just won the Super Bowl, and your first born child was the MVP. Absolutely marvelous.

The Whales know the boat is near them. That is why they don’t come out of the water and accidentally hit the boat. The Captain also responsibly keeps the boat at a safe distance. I can appreciate all of that. 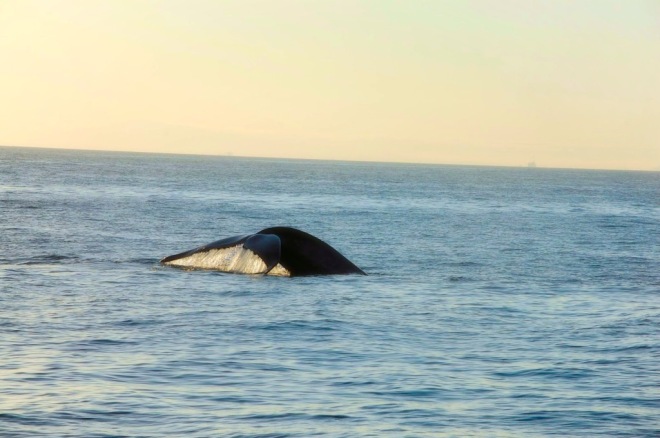 We got to see somewhere around 8-10 Whales (I lost track)! Similar tears that formed behind my eyes while in the American Cemetery at Omaha Beach, France, formed on this trip because I was just so thankful to be there and witness something so powerful. It was by far one of the best moments of my life. It was a sign of beauty and life on this crazy world we live in-from something so large and yet so peaceful. Definitely not something you see every day, and definitely not something most people will get to see in their lifetime. If you’re ever in Newport Beach, I highly suggest you try! 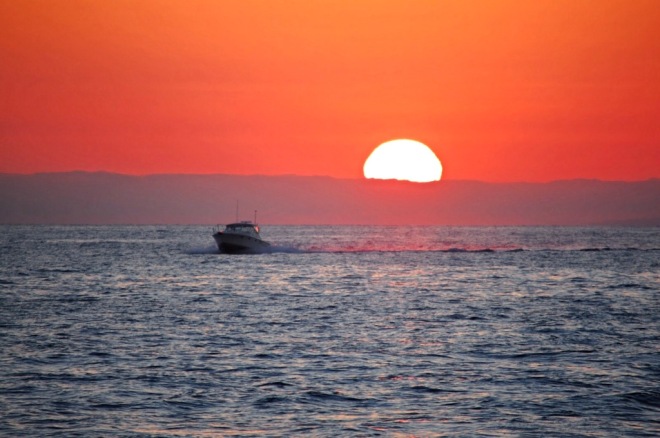 Can you BELIEVE this incredible (completely unedited) sunset picture on our way back in from Whale watching? I STILL can’t! 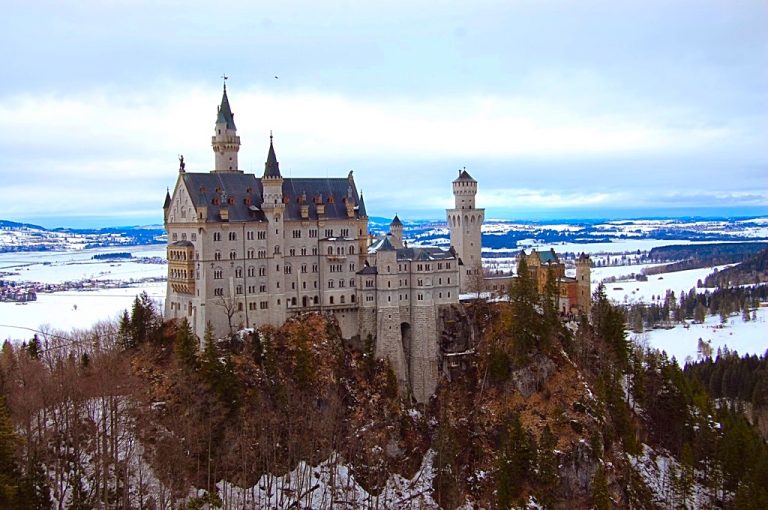 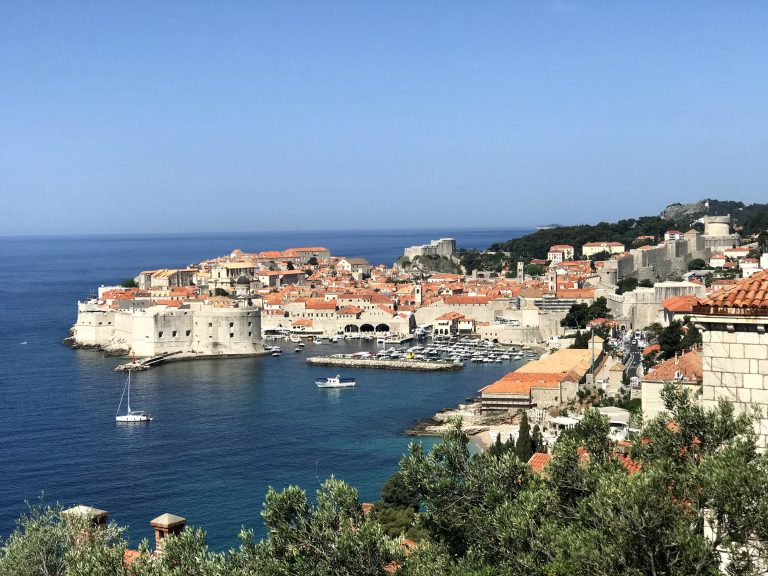 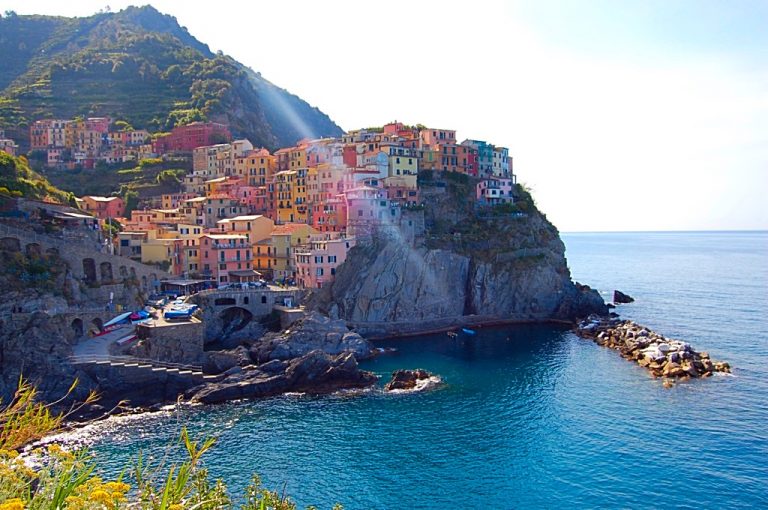 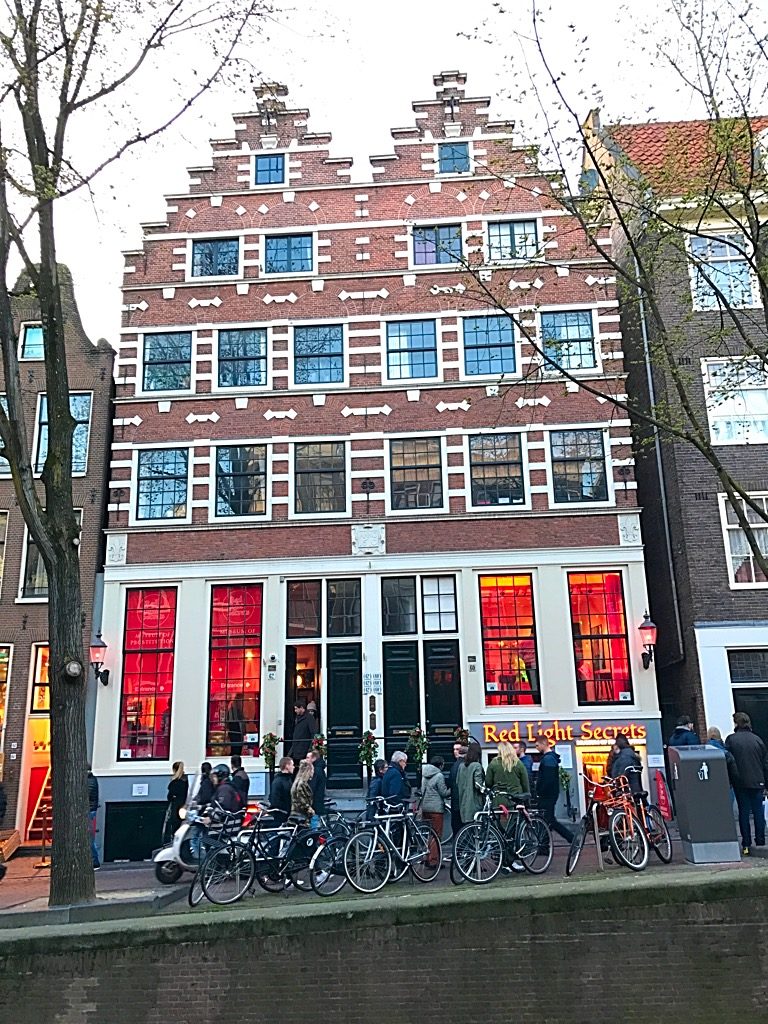 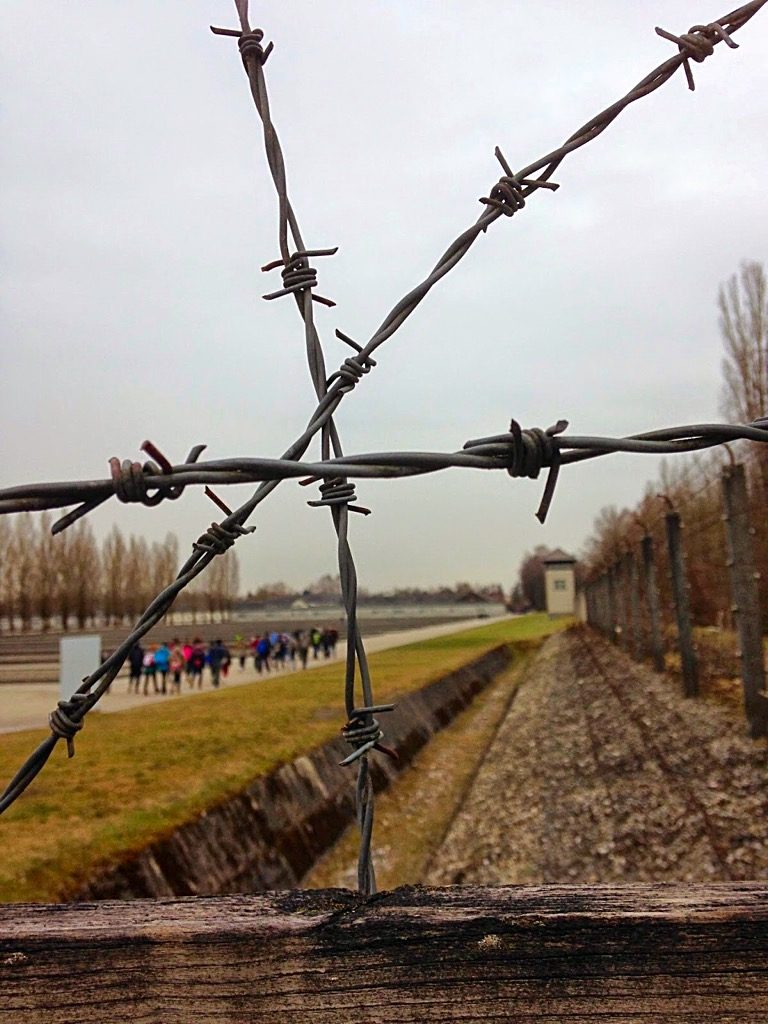 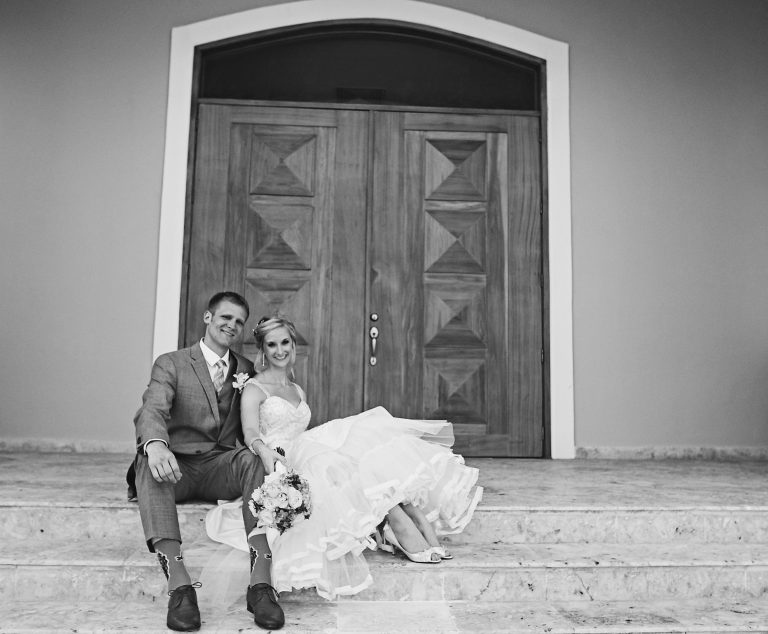